How fickle my heart, and how woozy my eyes – Mumford and Sons and La Blogotheque 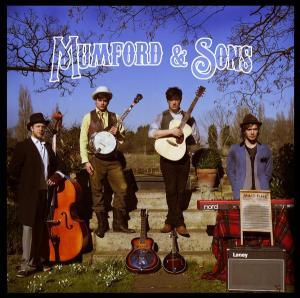 One of my favourite music sites has to be La Blogotheque.  The Take Away shows to me are the purest versions of music.  It showcases a band and their songs usually in a uniques and minimalist way.  The very first one I saw was of The Arcade Fire playing in a freight elevator using magazine page rips, the ceiling and walls as percussive elements.  Standouts include The National, Vampire Weekend, Sigur Ros, Yeasayer, Noah and the Whale, and many many others.  I have spent hours on this site listening and watching.  Go check out this amazing site and re-experience music.  Raw and unfiltered.  Or go to iTunes and download the podcasts.

Today, Mumford and Sons were featured on La Blogotheque.  Their album is one I discovered early this year and is one I listen to on a weekly basis.  It’s abundance of banjo inspired my banjo playlist, and it’s energy drives and lifts me.  This is an album that deserves to be played during the warm summer days that are coming up.  Check out their Take Away Show.  It’s 10 minutes, 2 songs and some french attempts.  Then go and buy their awesome album, and expect to dance inside.

Mumford & Sons – The Banjolin Song / Awake my soul – A Take Away Show #105 from La Blogotheque on Vimeo.

and check out their big single:  Little Lion Man

Also check out Jamie Lidell‘s recent Take Away Show.  It’s super slick playing some of the best tracks from his most recent album.

This entry was posted in Uncategorized and tagged jamie lidell, La blogotheque, mumford and sons, noah and the whale, sigur ros, take away shows, the national, yeasayer. Bookmark the permalink.